Al Haramain Hospital (Private) Limited, Sylhet, demonstrated its commitment to relieve the plight of the most affected Rohingya people seeking refuge in Bangladesh. In September 2017, Al Haramain Hospital distributed 60 tonnes of relief items and a cash grant for tube wells and sanitation. A further 30 tonnes of relief aid were given in October 2017 in Ukhiya, Cox’s Bazar, Chittagong, Bangladesh.

Watch the videos below for more information about how Al Haramain Hospital, led by its Chairman, Mr. Mohammed Mahtabur Rahman (Nasir) CIP, has stepped in to assist the Rohingya people in their most desperate time of need. 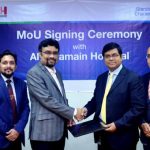 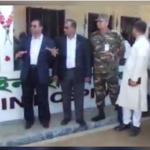